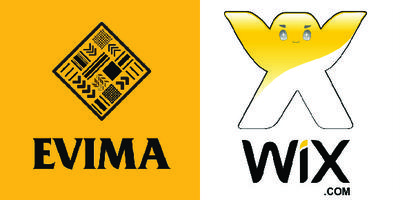 Ever wondered what should go on your website? Or how to create an online brand? The East Village Independent Merchants Association (EVIMA) is organizing a workshop with WiX.com, a website building company, to answer these very questions. In this workshop, we invite local merchants to learn how to create a website and market their business’ brand online.

Wix.com enables you to build a free and professional online presence, just the way you want it. With an HTML5 drag-and-drop website editor, 100s of web apps, designer-made templates, and tons of features, Wix gives you the tools to launch and manage your online presence. To learn more, please visit www.wix.com.

In NYC, Wix also offers the Wix Lounge, a completely free co-working, event and exhibit space for professionals. Grab your laptop, pop into the Lounge and enjoy a productive work day, great networking opportunities, and amazing events. The Wix Lounge provides free Wix support to NewYork-ers, giving them the tools and tips for successfully launching and managing their businesses’ online presence.

If you have questions or would like more information about this workshop, please contact Amy Parker, EVCC’s Business Outreach Coordinator, via email (amy@evccnyc.org) or phone (212-979-2344). 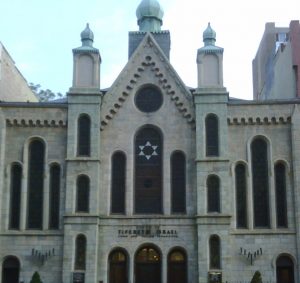 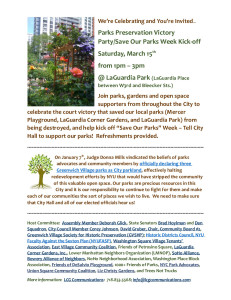 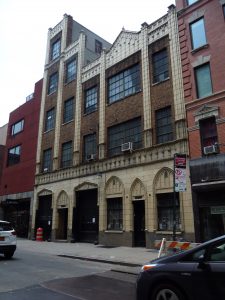 a gathering with food, conversation and more information about
the East Village Independent Merchants Association (EVIMA)

This meeting will be an informative, yet fun opportunity to hear about EVIMA, meet other local merchants and learn how you can join us in promoting, connecting and representing local merchants in the East Village.

While EVIMA’s main focus will be to support independently-owned businesses with daytime hours, we welcome any East Village business owner to attend the meeting.

As the space is limited, we strongly encourage you to please RSVP.

Thanks to Ciao for Now for generously hosting the meeting.

Consideration of a resolution regarding community use of the former PS64, 605 E 9th Street

VOTE: Whereas, 605 East 9th Street, the former P.S. 64 school building, also known as CHARAS/El Bohio Community Center, was a beloved community facility that served the Lower East Side community for over a hundred years; and

Whereas, for over 70 years it was a public school serving immigrants from eastern and southern Europe, as well as Latin America; and

Whereas, during the fiscal crisis of the mid-1970’s, New York City closed the school building and it was rented to the Interfaith Adopt a Building Program ; and

Whereas, in 1977, community activists, artists of CHARAS, Inc. and Interfaith Adopt-a-Building jointly formed El Bohio, a community development center, negotiated a short term, month-to-month lease with the City, and created a vibrant community center, reflective of the diversity of the Lower East Side, where local not-for-profit organizations and artists thrived for over 22 years; and

Whereas, during that period, CHARAS/El Bohio performed ongoing renovations to the building with support from both public and private funding, and innumerable hours of community volunteer labor commonly referred to as ‘Sweat Equity’; and

Whereas, in 1997, the Giuliani Administration agreed to negotiate in good faith to sell the building to the not-for-profit organization known as CHARAS/El Bohio; and

Whereas, in response, CHARAS created a comprehensive proposal, including architectural plans and funding for the restoration and purchase of the building; and

Whereas, in 1999, the City under the leadership of Mayor Rudolph Guiliani went back on its promise to negotiate in good faith and did not sell the building to the not-for-profit known as CHARAS /El Bohio (who was occupying the building), although the it did sell other city-owned buildings to the not-for-profit organizations that were occupying those buildings for the nominal sum of $1.00; then with wide-spread community opposition and against the will of elected representatives sold the former school at a public auction to a private developer; and

Whereas, as a condition of sale, the buyer was required to provide the Department of City-wide Administrative Services proof of the ability to comply with the community facility use restriction within 30 days of sale; and

Whereas, the buyer did not provide proof other than a statement comporting to comply with the use restriction; and

Whereas, after three lengthy court battles, which included a unanimous jury decision that the new owner did not intend to comply with the community use restriction, CHARAS/ El Bohio Community Center was evicted at the very close of the Giuliani Administration, on December 27, 2001; and

Whereas, since the eviction in 2001, the community has suffered great hardship from the displacement of the invaluable services that CHARAS / El Bohio Community Center provided; and

Whereas, in 2004, the owner filed plans to demolish the building to construct a 20-story dormitory, “University House”, though the owner had no accredited educational institution participation; and

Whereas, after a concerted community effort, the NYC Department of Buildings denied the demolition permit, based on Rule 51-01 that governs the Classification of Student Dormitories, requiring submission of a full lease by an accredited educational institution for a minimum of 10 years, and a restrictive declaration that the building would only be used as a dormitory; and

Whereas, in an unprecedented community campaign, in 2006, the NYC Landmarks Preservation Commission designated the Former P.S. 64 school building as a landmark, recognizing both its physical, cultural and historical distinction; and

Whereas, after the landmark designation, the owner removed the building’s cornices and dormers, as well as removed the architectural detail at the roof line, leaving the building open to the elements; and

Whereas, the owner has allowed the building to fall into extreme disrepair; and

Whereas, the DOB has issued over 42 violations since 2008, including the failure to maintain the premises; and

Whereas, the owner currently owes the City of New York approximately $30,000 in unpaid penalties for ECB violations; and

Whereas, in 2012, again the owner filed to convert the building to a dormitory; and

Whereas, the owner’s current application for dormitory use does not meet the NYC Department of Buildings’ criteria for a dormitory under Rule 51-01, as there is no lease for the entirety of the facility with one or more accredited educational institution for a minimum of 10 years, nor is there a restrictive declaration that the building will be used exclusively as a dormitory; and

Whereas, it has been 14 years since the auction sale and the owner has been unable to comply with the conditions of sale to develop a community facility; and 3

Whereas, since the sale and privatization of 605 East 9th Street, the community has faced displacement of vital community services, community organizations and community space; and

Whereas, the building has not been properly maintained by the current owner and has become a threat to public safety due to, among other things, a lack of proper snow and ice removal and a failure to consistently maintain construction scaffolding; so

Therefore, be it known that Community Board 3 requests that the new mayoral administration return the former P.S. 64 school building to the community by legally retrieving and then selling or giving it to a well-established not-for-profit organization(s) with a long history of serving the people of the Lower East Side/East Village including, but not limited to restoring the not-for-profit organization known as CHARAS / El Bohio to the building located at 605 East 9th Street. 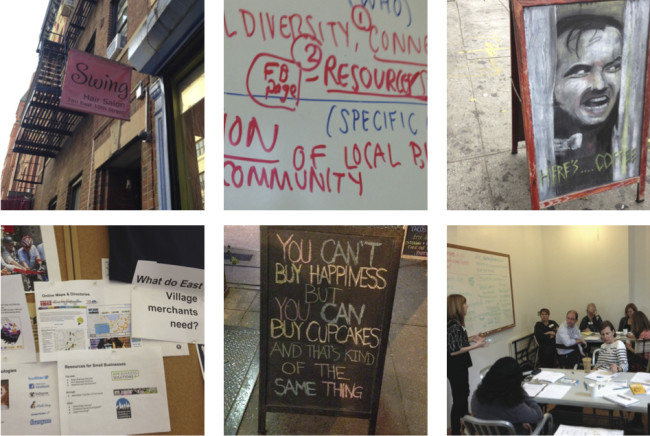 In 2013 EVCC began working with small business owners to promote and advocate for the small and independent businesses in the East Village. Using funding from AvenueNYC, a program of the NYC Department of Small Business Services, and the Manhattan Chamber of Commerce, EVCC is working to develop a merchants association. A Steering Committee of local merchants has given the association its official name, the East Village Independent Merchants Association (EVIMA), and is planning the inaugural meeting for EVIMA at the end of January.

To read more about what EVIMA’s mission, organization and plans, click here! 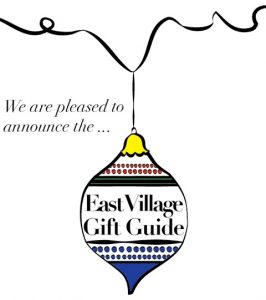 Visit one of these locations to pick up your very own gift guide:

News Release About the Gift Guide

EVCC invites you to voice your opinion about the current state of chain stores within the East Village. Join EVCC November 19th from 6pm-8pm at the Neighborhood Preservation Center, for a community workshop on Formula Retail. The workshop is open to all but space is limited. Please contact melanie@evccnyc.org or call 212-979-2344 if planning to attend.

We have several open volunteer positions at the workshop, all allow participation in the discussion. If you’d like to volunteer please mention it in your RSVP.